How to change your identity?

Most people, who choose to live under the radar or take on a new identity, do it because they experience problems they are not able to overcome with conventional approaches.

We are bombarded with advertisement on a daily bases with the aim to make us purchase holidays, cars, consumer electronics etc. we are not always able to afford.  Getting into serious debt is a very slow process. Once we have to use most of the hard earned money to pay of the interest on the money owed, people start to realize that they became a working slave for large corporations.  It’s a nightmare.

Being a stalking victim can destroy peoples live. Living in constant fear is very difficult deal with. Some people don’t receive the support and care they deserve from the law enforcement agencies.

Family abuse is one of the leading causes of injury to women in the United States. Escaping an abusive relationship can be very difficult.

Some people deserve a second chance, some do not. People committing a crime definitely deserve to pay back there debt to society. 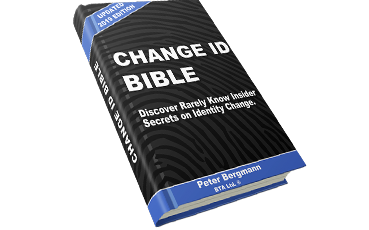 There are many books online available helping people to change their identity or hide from whoever they are running away from. Unfortunately in many cases those books describe illegal change identity methods such as taking on the identity of a dead person. This is not only illegal, it will also get those people in prison faster than can think.

Using a 100% legal and ethical method to live under the radar is vital.

How I Ended Up On The Wrong Side Of The Law

Faking your own death?